An interesting fact or two about some special tribes of Africa! 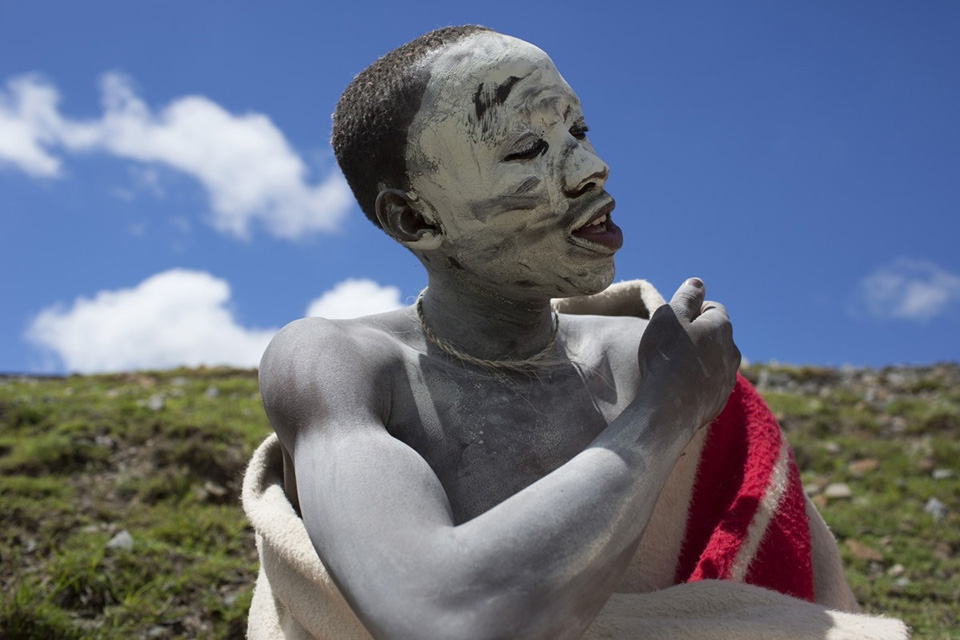 We hope you enjoy our newsletter and know that you are not alone.

One traditional ritual that is still regularly practised in the manhood ritual, a secret rite that marks the transition from boyhood to manhood, ulwaluko. After ritual circumcision, the initiates (abakwetha) live in isolation for up to several weeks, often in the mountains. During the process of healing, they smear white clay on their bodies and observe numerous taboos.

The Himba don’t count their years from when they were born, nor from when they are conceived, but from the day that the child was a thought in his mother’s mind.

According to tradition, when a woman desires to have a baby, she goes off the village and sits under a tree by herself, and she keeps silent until she can hear the “birth song”, or the “song of the child”.
After hearing the melody, she comes back to her village to physically conceive the baby, although it is already a reality in her mind.

When the woman is ready to give birth, she is accompanied outside the village by a group of elderly women who assist her during the labour.

After the child is born, the mother and child spend a week inside a special shelter, used solely for the occasion. It is built to the side of the headman’s hut, near the sacred fire, under the special protection of the ancestral spirits.

After the week has passed, the child is given a sort of christening. The headman leads them in front of the sacred fire and introduces them to the spirits of their ancestors. This event is akin to an introduction to social life.

During initiation, girls wear an array of colourful beaded hoops (called izigolwan) around their legs, arms, waist and neck. The girls are kept in isolation and are prepared and trained to become homemakers and matriarchs.

The coming-out ceremony marks the conclusion of the initiation school, and the girls then wear stiff rectangular aprons (called amaphephetu), beaded in geometric and often three-dimensional patterns, to celebrate the event. After initiation, these aprons are replaced by stiff, square ones, made from hardened leather and adorned with beadwork.

One of the initiation tasks the Maasai warriors are required to complete is the raising of eight bulls. On the day of graduation, these bulls are presented to the elders and senior warriors. Before the ceremony, the warriors must pick three leaders within their age set.

Even though these leaders are an important part of the Eunoto, all warriors are reluctant to take the position. The Olotuno that is chosen is said to take responsibility for the sins of all the age set members. The second leader chosen, called the Olaiguanani lenkashe, receives a specially chosen cow.

The third and final leader is presented with a leather strap, which is knotted in the middle. This knot is said to represent the freedom of the age set. Once the ceremony ends the knot is untied which enables the warriors to move freely outside their isolated camps. Warriors are now considered elders and are able to now act without the members of their age set.

We hope that you have enjoyed this educational newsletter, please stay subscribed so that we can send you more information, news, wonders of our destinations and more.